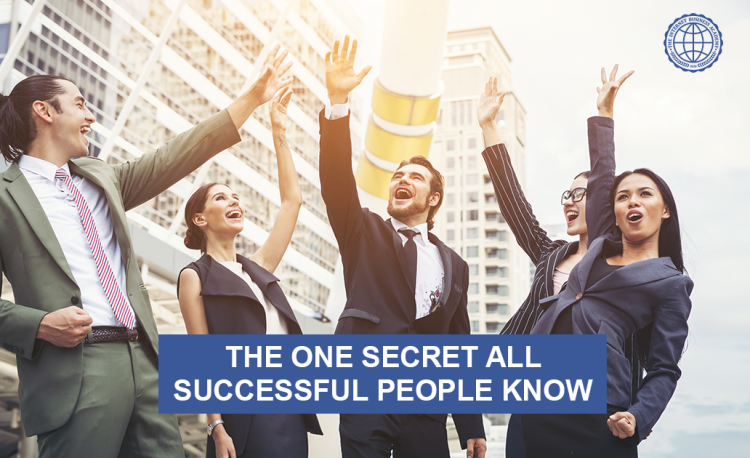 You’ve likely looked around and assessed that there are a lot of people out there experiencing a great deal of success even though they aren’t perfect.

If you’re not aware of that, then you need to start taking notice of people who are successful or who present themselves as a success (because remember that perception is reality).

The secret that successful people know is this:

Doing the work and getting it done, as imperfect as it is, creates success.

There are many famous and infamous quotes that tell you just this, so let’s look at some of them and think about what they’re really saying.

Essentially this quote means that if you do things, you’ll make more money or be more successful than someone with a bunch of talent who does nothing and keeps it to themselves. You have to be willing to tell people about what you’re doing if you want to be successful and make an impact. You also have to be willing to get dirty and do actual work.

“What you lack in talent can be made up with desire, hustle and giving 110% all the time.”

You can see the truth in this by looking at some of the people who are tops in the entertainment industry, especially pop music. Amy Grant, a singer-songwriter who has had more than ten Top 10 hits, once said of her success that she just took her “three-octave” voice and got out there and did it.

As a digital strategist and Internet marketer, Ross is big about the hustle. This is because he knows the truth. No one knows what they’re doing until they do it and have experience doing it. The trick is to keep going even when you feel like a fraud. Only successful people keep going while everyone else just gives up — or never starts to begin with.

Just like being ‘the one who does things’ and ‘gets things done’ creates success, the opposite will create either failure or a complete failure to launch. Most of the time, entrepreneurs don’t do things due to fear, and that fear is tied up in perfectionism.

You have to realize that no one is perfect. Not you, not them, not anyone. Everyone has flaws, but that doesn’t matter. You can create and still be flawed. You can become successful while you’re learning and as long as you do it, it’ll eventually happen. You will become a success.

As Theodore Roosevelt once said:

“It is hard to fail, but it is worse never to have tried to succeed.”

Are you going to try to succeed now?

You want to try to deliver high-quality and accurate information and a good product to your audience, but you don’t have to be perfect. You just have to be.